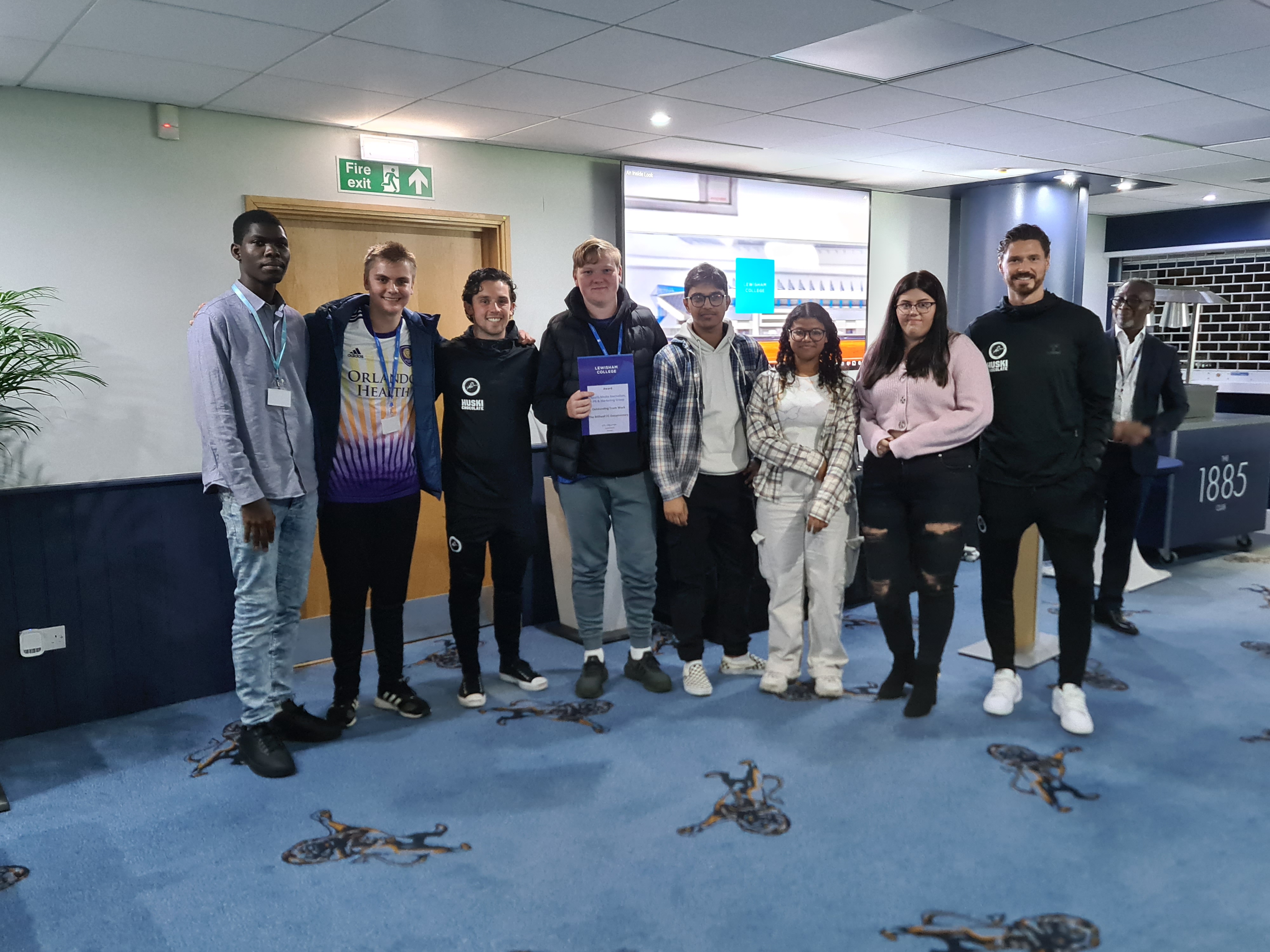 Lewisham College and Millwall Community Trust held an awards ceremony to celebrate the success of learners who completed their first year in the Creative Media Production programme. This was the course's inaugural year, launched by Lewisham College in partnership with Millwall Community Trust to support young people in Lewisham and the surrounding areas to break into media, sports journalism and marketing.

The awards were held at Millwall Football Club's home ground, The Den, where learners received certificates for their years' work and for completing their short film projects, which were showcased at the event. 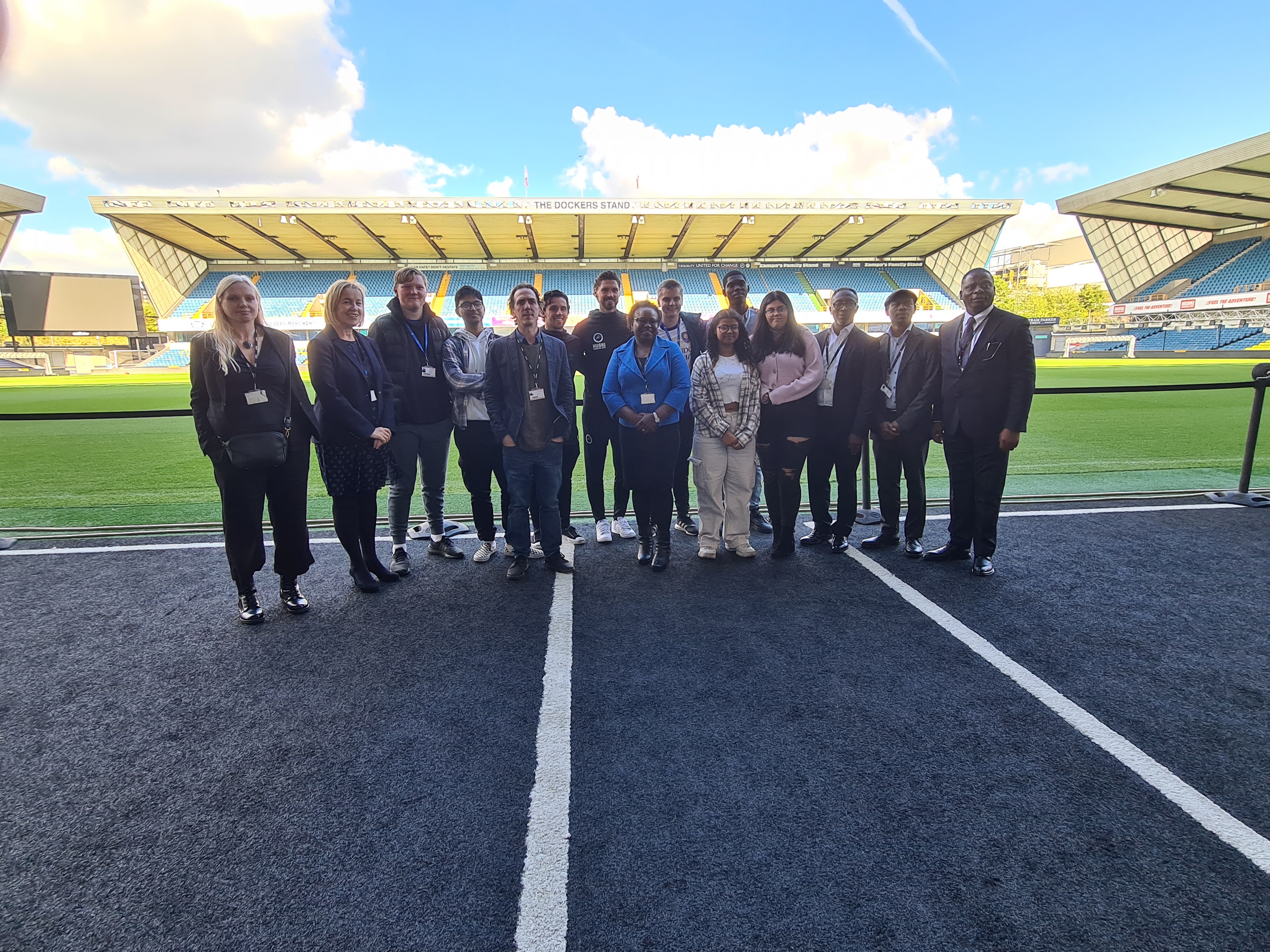 Gerard Garvey, Executive Principal at Lewisham College, said: "We are committed to encouraging excellence and work with a number of local organisations from sectors across the capital to create outstanding programmes that help our learners gain practical work experience to prepare them for the workforce.

"Through Lewisham College's exciting partnership with Millwall Community Trust and Millwall Football Club, young people studying with us will have exclusive access to opportunities in sport, media and journalism and will gain the knowledge and skills required to succeed in their future careers. We are delighted to be celebrating the successes of the partnership so far and the many young people in our community we have supported to achieve their goals."

Peter Varney, the Executive Vice-Chairman at Millwall Community Trust, said: "The long-term vision of this project is to bring life to this club outside of match days and to have a media college established at The Den.

"We were surprised at the number of young people that went outside the borough to be educated. As a football club, it's our responsibility to look after our local community and provide opportunities that make a difference. With the media work that goes on at the club, we can support our community by allowing young people to stay local while receiving a high-quality education that is unlike anything anywhere else has to offer."

Steve Kavanagh, Millwall Football Club CEO, said: "We are passionate about supporting young people and helping our community. We want to see young people succeed, and we want to see them have opportunities. So, it made sense for this club to get involved with Lewisham College in this educational partnership.

"Anyone in the local area who is passionate about media, journalism, or the sports industry, now has the opportunity to work with professionals at the top of their industries and who can share invaluable knowledge with students on how to build successful careers in the sector."

At the event, special guests, Millwall FC's first team players, George Evans and George Honeyman, presented learners with awards. The learners then had the opportunity to speak with the players about their experiences on the course.

Kai Bennett, a Creative Media Production learner, won two awards, a Producer and Script award for his work on The Millwall FC Documentary and one for Industry Experience and Outstanding Investigative Journalism. He said: "I'm really enjoying this course, and I'm now moving on to my second year, which is exciting for me as a Millwall FC supporter.

"This course is perfect for me as I get to develop my interests and work towards a career I am genuinely interested in and love. My favourite part of the course is the privilege of having access to all areas at the club. Working at this stadium and speaking to players and staff is very interesting and fun, as well as watching games and seeing everything that goes on behind the scenes from a media perspective. I always looked forward to the excitement of being behind the camera on match day during my first year, and I have gained a lot of confidence as my skills develop."

Heloise Adedoyin-Griffiths, a Creative Media Production learner, also won an award for the Outstanding Team Work on the Millwall FC Documentary she produced. She said: "The best thing about this course is the level of expertise and the number of professionals we work with. Millwall FC is a huge club recognised on an international level, and we get to work very closely with staff who hold some of the highest roles in the industry and who have a lot of experience and knowledge for us to learn from.

"Going down this path was a bit intimidating at first, as we often associate the sports industry with men, but having completed my first year in this course, I have built on my confidence and now understand that this industry is changing. Courses like this one will help remove barriers as more women begin to pursue their interests in sports and the media."

Lewisham College, Millwall Community Trust, and Millwall Football Club are committed to equality, diversity, inclusion and anti-discrimination. They are working in partnership to address areas of under-representation and disadvantage in all aspects of their operational activities and services to ensure no one is excluded.

For more information about the courses available and to apply, visit lewisham.ac.uk/sport-media