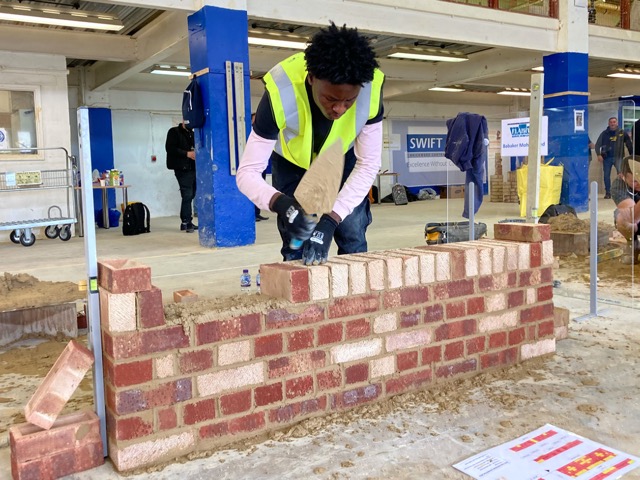 Apprentices from Swift Brickwork, Flahive Brickwork and Lee Marley Brickwork competed to win medals and prizes at the Forterra Brickwork competition at Lewisham College's Construction and Digital Engineering campus in Deptford this week.

This eagerly anticipated competition gave apprentices the opportunity to take part in a large socially distanced skills event and was sponsored by Forterra, a leading Brickwork supplier who provided materials for participants to use during the event.

The apprentices who entered the competition were set a brief by industry professionals with their entries judged by representatives from the College’s employer partners and the event sponsors, including Brickjackets Ltd and the Rollins Group. The event was also covered on Fix Radio, a popular station for people working in the Construction Industry.

The winning apprentices were:

The competition gave participants the chance to push themselves in a new environment, developing their confidence and encouraging them to take part in other skills-based competitions. Each winner also received awards such as certificates, trophies and bricklaying tools to support their future career.

Kye Belmont, First Place Winner and Lee Marley Brickwork Apprentice, said: “These competitions are so important because it gives us the chance to compete against bricklayers of the same age and level, giving us a valuable insight into our progression. I’m delighted to have received first prize, it’s given me a huge confidence boost and I’m looking forward to taking part in other competitions.”

Robert Pearce, Contract Manager at Flahive Brickwork, said: “As a company, we think it’s important to take on and nurture apprentices which has had a ripple effect across the company with 40% of our supervisors starting out as apprentices. They will all play a big part in the future success of the company, and these types of skills events are a great way for them to grow and network with like-minded individuals.”