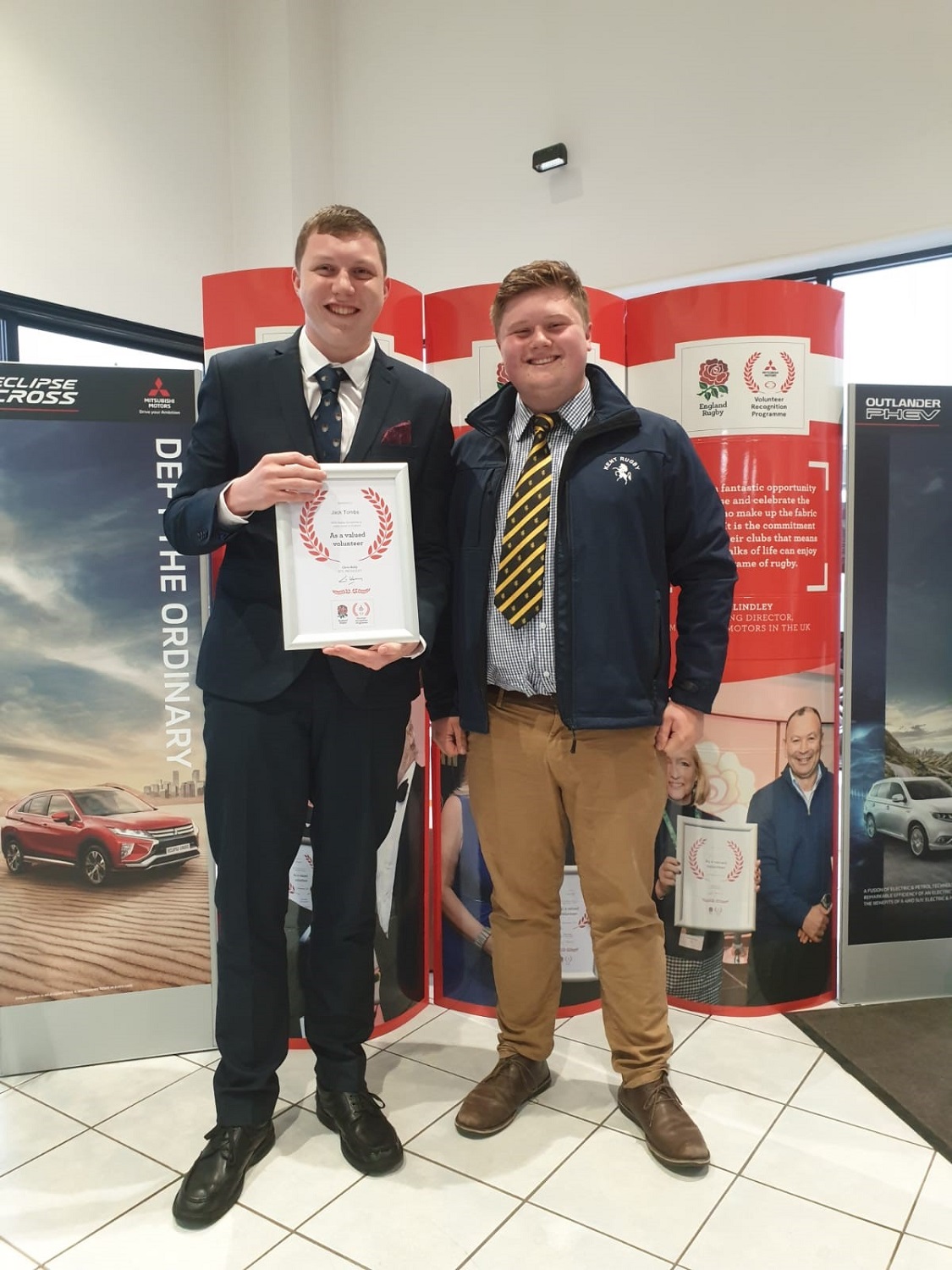 Jack Tombs, who is studying Sport at Lewisham College, was runner up at the Kent County RFU Young Rugby Ambassador of the Year award in recognition of his hard work and dedication as a volunteer. Jack was presented with the Award by ex-England rugby captain Jeff Probyn at the Volunteer Awards Dinner, which was held on 6 June.

The Young Rugby Ambassador award is given to a club member who has driven the core values of rugby within their community.

Progress Tutor Loretta Turner says: “We are all really proud of Jack’s achievement. He is a great student who has brought his passion for sport to his studies as well as his work with Kent County RFU and we are delighted that he’s got this high profile recognition which he so deserves.”

Lewisham College offers a wide range of Sports courses aimed at students who want to pursue a career in sport – whether in professional football, coaching or sports development.