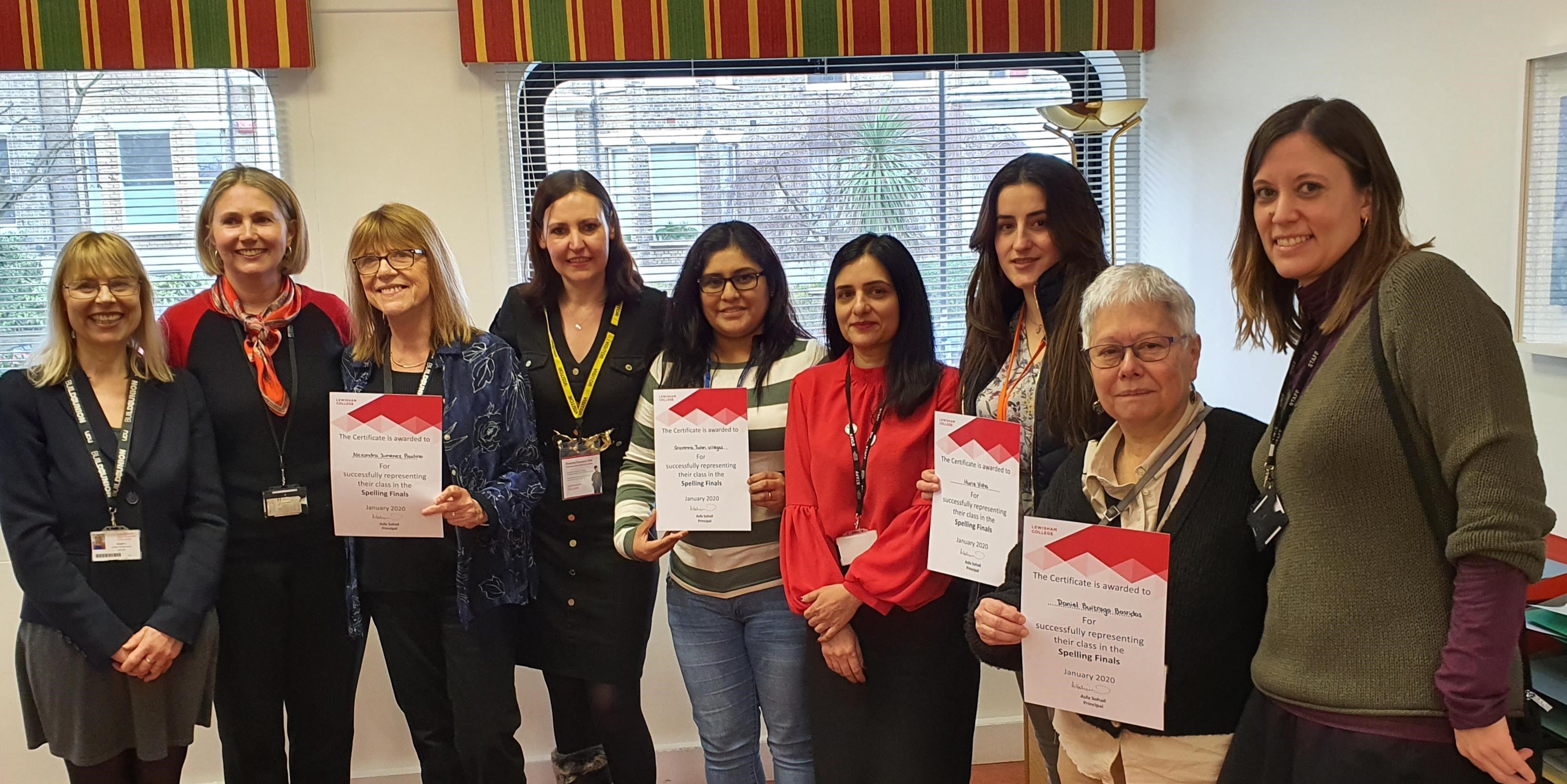 Spelling is vital in the new Functional Skills curriculum as it’s where students can gain a great proportion of marks in the final exam. Faculty in the ESOL department introduced this fun tactic of a student Spelling Bee as a way for them to learn in a competitive and concentrated, yet enjoyable environment.

Spelling competitions ran in classrooms with the winners being selected to represent their classes in the finals that took place across two days. Four students from ESOL Entry Level 1 and Entry Level 2 were the overall winners. One pair who were keen to succeed was an Aunt and her Niece. It was an intense match between the two in the finals as they both continued to get the spellings correct until a draw was almost called upon; ultimately, the Aunt slipped ahead for the win.

Julie Hutton, Head of Faculty said: "I was so impressed with the enthusiasm from the students and the staff for this competition, the students worked really hard and I am sure this will pay off – well done to everyone who took part".

Curriculum Manager Lewisham College, Juliette Grassby said: "It was great to see everyone - competitors and audience alike - having such a good time learning. The competition motivated the classes to practise spelling in a fun, supportive and purposeful way".

The winners, having received a book token as a prize for their hard work were also greeted by a special guest at the award ceremony a few days later, MP Vicky Foxcroft. Both herself and the Principal of Lewisham College, Asfa Sohail presented the certificates to the students.