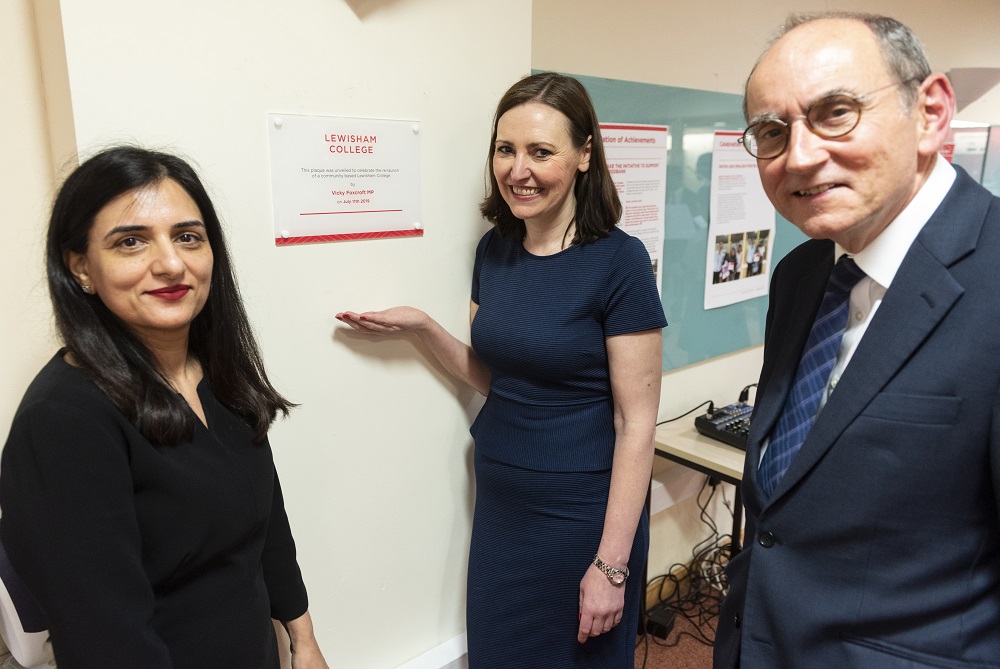 A ‘College for its Community’ was the phrase on everyone’s lips at the official launch event held on 12 July. Vicky Foxcroft, MP the guest of honour was on hand to reveal a plaque commemorating the evening.

Current and former students and staff mixed with community partners and colleagues from other schools and colleges. We were fortunate too, to be joined by local councillors and local authority and other key stakeholders.

Guests enjoyed a drinks reception, followed by speeches from Asfa Sohail, Principal, Vicky Foxcroft, MP and Peter Lauener, Chair of NCG. However, a highlight of the evening was listening to pupils from Sedgehill School’s musical ensemble performing classical tunes throughout the evening.

A timeline was produced with help from the book ‘Artifex Semper Auxilio’ which is a history of the college through its many incarnations since it was established in 1930s. Displays of photographs from the past few decades were set up for people to look at. Visits from past Prime Minister, Tony Blair, The Duke of Edinburgh and former boxer, Frank Bruno were documented.

Asfa Sohail, Principal, said: “I’m so pleased that we are able to re-launch the college as a true community resource, in the presence of many of our valued partners and stakeholders.

“My vision is to make this organisation the number one college in London and beyond. Like our local stakeholders, I am passionate about making the difference to our learners and local communities. Together, we can make this happen.”