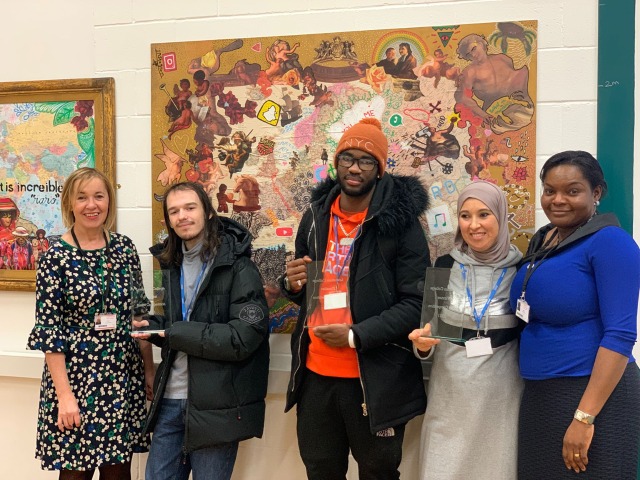 Lewisham College hosted a Maths Competition for learners to encourage them to recognise and gain an appreciation of the subject by using extracurricular activities during Maths Week 2021.

The competition was fierce, with more than 90 learners participating in the challenge. Five learners reached the final and contested for first place carrying out a range of exercises from entry-level to higher tier level GCSE questions including Algebraic reasoning.

The results on the day were as follows:

The winners were presented with trophies by Jayne Morgan, the College's Vice-Principal Curriculum & Quality, who congratulated every learner for their performance in the competition.

Asfa Sohail, Principal at Lewisham College, said: "It was a pleasure to see so many of our learners participating in the Maths Competition. I would like to congratulate them all and the finalists for their hard work in showcasing their math's skills."

Zineb Ghamoud, who won first place, said: "I'm thrilled to have won first place and I'm happy to have had the opportunity to take part in the competition and test my knowledge alongside my peers."

Find out more about our math courses at lewisham.ac.uk/englishandmaths